The topic of tax-affecting subchapter S corporations has fueled a heated debate between the IRS and valuation professionals for many years. The IRS position has been that, because S Corporations pay no federal income tax at the corporate level, there should be no provision for income taxes when determining value for estate and gift tax reporting purposes. Valuators have long argued that taxes should be considered, as an S Corporation shareholder must pay taxes on the income passing through to him or her through the company. As such, valuators contend, those tax dollars — which serve to reduce the earnings stream — are no longer available as a return on the shareholder’s investment. As one might expect, the IRS position results in an upward and often significant impact on company value, increasing taxable estate and gift transfers.

In 1999, the IRS scored a victory in a Sixth Circuit U.S. Court of Appeals decision, Gross v. Commissioner, where the Court accepted an IRS valuation that disregarded tax-affecting an S Corporation. Since, the Gross case has stood, arguably in infamy, as case law and a thorn in the side of taxpayers and the valuation community alike.

Lesser-known cases, such as Wall v. Commissioner, Heck v. Commissioner, and Adams v. Commissioner, have upheld the IRS position against tax-affecting in one way or another. Still, many valuation practitioners continue to tax-affect S Corporation earnings, arguing, among other valid points, that potential investors in S Corporations do not ignore individual taxes due on the Company’s earnings, or that there is little difference, if any, in the price paid to acquire companies that are identical in all respects other than one is a C Corporation and the other an S Corporation.

The IRS might have its Gross decision, but taxpayers now have a decision of their own to cite: Kress v. United States of America, handed down March 25, 2019, by the District Court for the Eastern District of Wisconsin. The District Court is a step below the Appelate Court in the Gross case, but the Court’s findings remain significant. The plaintiffs in the case, James and Julie Ann Kress, are shareholders in Green Bay Packaging, Inc. (GBP), a large, family-held manufacturer of corrugated packaging, folding cartons, coated labels, and related products. GBP is a sizeable enterprise, employing 3,400 people in 14 states. “Although GBP has the size and wherewithal to be a publicly-traded company, it has remained the closely-held family company its founder envisioned,” the Court noted.

The Kresses gifted minority shares of GBP to their children and grandchildren in 2006, 2007 and 2008. In 2010, the IRS challenged the amounts reported on the gift tax returns and issued notices of deficiency, which the plaintiffs satisfied, along with accrued interest — a total in excess of $2.2 million. The Kresses then filed amended gift tax returns for the years in question, seeking a refund for the additional taxes and interest paid.

Hearing nothing from the IRS for six months, the Kresses filed a lawsuit. The Court was presented with three separate valuations for GBP for each year, two for the plaintiffs and one for the IRS. John Emory, the Kresses’ first valuation expert, prepared the valuations for the initial gifts. The Kresses then engaged a second expert, Nancy Czaplinski, to provide valuation opinions to bolster their position at trial. The IRS expert was Francis Burns.

The District Court addressed many topics of interest to the valuation community, including consideration of the 2008 economic downturn, treatment of non-operating assets in minority valuation, and family transfer restrictions under Code Section 2703(b). Our focus here is on the valuation experts’ treatment of GBP’s S Corporation status and the Court’s response.

Burns presented both an income and market approach in valuing GBP. Of particular interest, in his income approach, he applied C corporation tax rates to GBP, directly contradicting the IRS position to not tax-affect in Gross and in its “Job Aid for IRS Valuation Analysts,” which it published in 2014. This is not an uncommon practice for valuators, most of whom, in my experience, believe this approach correct, but it is surprising to see it embraced by the IRS expert. Is not the strict “no tax-affecting” stance of the IRS vulnerable when its own expert employs it in such a high-profile case?

Burns went on to apply an adjustment for GBP’s status as an S Corporation. The Court did not provide details on the adjustment, but it is likely to have been one of several methods employed by many valuators across the industry. In his market approach, Burns also applied an S Corporation tax premium. The Court was silent as to the magnitude of the premium.

The plaintiff’s first expert, John Emory, employed only a market approach in valuing GBP, which included multiples of EBITDA, earnings, dividends, sales, assets and book value. Emory included tax-affected earnings in applying the price/earnings multiple and did not apply an S Corporation premium in his analysis.

Czaplinski used both an income approach and a market approach in her valuation of GBP, accounting for the Company’s S Corporation status in each. Under her income approach,

she adjusted her selected discount rate to reflect an equivalent after-tax — both corporate and personal — return. In her market approach, Czaplinski employed a pre-tax income multiple, which is another way to effectively tax-affect an S Corporation.

The Court directly addressed the differences in S Corporation treatment in its opinion and noted that both Burns and Emory applied C Corporation taxes to GBP’s earnings to effectively compare the Company to other C Corporations. It embraced those applications. The Court then turned to Burns’ assessed S Corporation premium, which was not applied by either of the plaintiff’s experts, writing that, “GBP’s Subchapter S status is a neutral consideration with respect to the valuation of its stock. Notwithstanding the tax advantages associated with Subchapter S status, there are also noted disadvantages, including the limited ability to reinvest in the company and the limited access to credit markets. It is unclear if a minority shareholder enjoys those benefits.” As such, the Court disagreed with Burn’s application of an S Corporation premium.

In the end, the Court held that Mr. Emory’s valuation was accurate, but made a minor adjustment to his selected discount for lack of marketability. In doing so, the Court embraced the tax-affecting of S Corporations.

A more subtle takeaway from the Court’s written decision is that the Court found it important enough to note that, “in a May 2007 presentation, GBP’s management reported to their shareholders that they expected to save a total of $238.4 million in taxes between 1988 and 2006 by virtue of the classification as an S Corporation.” This acknowledges the real tax advantages of being an S Corporation, but also the shortcomings of S Corporation status, which negate the premium Burns placed on GBP. That the Court was so direct in addressing the S Corporation issue is a valuable arrow in the quiver of taxpayers and valuators.

Discussion of the Kress case is just beginning, and there will no doubt be more to follow both within the valuation community and at the IRS. Still, while the District Court is a step below the Appellate Court in the Gross case, its findings are meaningful. It is clear that taxpayers and valuation experts came out on top in this most recent round of S Corporation valuation, and I anticipate Kress will be cited by valuators in defense of tax-affecting S Corporations. 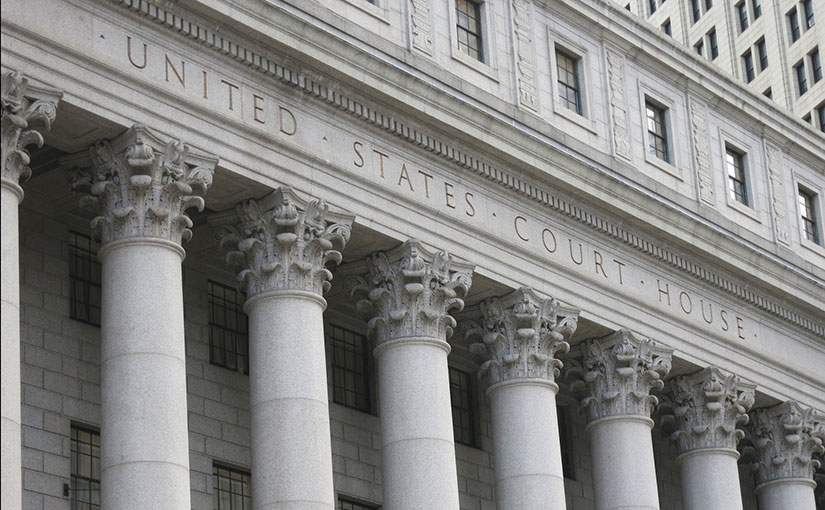